Ours is a sea faring nation. I know this, not because I can sail, but because I can speak vernacular English. Born within sight of the Thames, I spray my days with metaphors of the sea. It’s plain sailing, for me, by and large. ‘By’ and ‘large’ by the way, are nautical terms describing the direction of the wind.

Virginia Wolf said the people of this island are always looking beyond our horizons, scanning the skies for the possibility of lives lived elsewhere.

“This packing up and going off ,” she wrote, “exploring deserts and catching fevers, settling in India for a lifetime, penetrating even to China and then returning to lead a parochial life at Edmonton, tumbles and tosses upon the dusty floor like an uneasy sea, so restless the English are, with the waves at their very door.”

If you speak vernacular English, if you know the ropes, if you shake a leg, if you get underway, then your speech is chock-a-block with descriptions of life at sea. Here they come, hand over fist, memories of trade, memories of war, memories of flags and sails and strange lands and here be monsters.

You say these things, and you know what you mean. Or sometimes you don’t. Sometimes you mean more than you know. Take, for example, dawn. 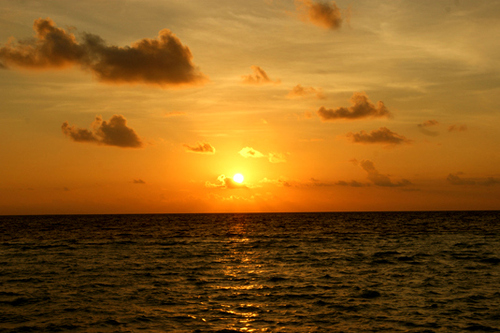 The phrase, ‘all at sea’ means a boat that has lost all sight of land. To be ‘all at sea’ has come to mean to be lost, to be confused, to be incoherent.

But to be ‘all at sea’ is also to be the kind of soul that is sensitive to nautical twilight. To be perceptive, to be sensual, to have a deep connection to the instability of our world, an instability that is hidden under the heavy limbs of those of us who cling, with our candles, and our lamps, and our mobile phone reception, to the bedrock of the land.

To overhaul. To be aloof. To crack on. Come hell, or high water. Our language hums with the technical complexities of life at sea, from the days when the sea was as dangerous as it was necessary, and as necessary as it was compelling. Century after century, Europeans set sail with large, blank parchments, on which to draw their routes across the wide, dark sea. The water, by and large, was unchartered territory.

Hitched to this danger, is the sense of the sea as a zone of discovery. Our sea legs walk with an empirical and an imperial kind of confidence.The confidence that water will be measured, that lands will be claimed, that the schema of an unfathomable world will be drawn in straight lines and given the same names that hang over the grey skies of home. Newfoundland, in Canada, contains a Henley Harbour, a Dover, and a Torbay. Nova Scotia contains a Dartmouth, an Oxford, and a Truro.

The writer JR Carpenter is from Nova Scotia. She lives in Plymouth now, on the other side of the Atlantic, watching the same waves roll in from the wrong direction. At the deep, dark bottom of the Atlantic Ocean, in the depths where even nautical eyes are blind, lie the cables that transmit communications around the world. JR Carpenter told me this one day, while I was talking to her on the phone from a cafe, surrounded by so-called home workers using public wi-fi, my eyes fixed on the restless fingers of the Thames.

The first transatlantic cables, JR told me, were encased in Malaysian rubber and stretched from the coast of the UK to the so called New World. Constructed from the spoils of imperial wars, in other words, these telegraph wires consolidated the UK’s international so-called success, and laid the foundations for a globalised future.

All those ships lost at sea. All those limeys listing to port, listening for home, weathering the storm, going with the flow, cutting some slack, being taken aback, being dead in the water. All those lives and all those dreams and all those words that we half remember them by, all of that for this: to hurl limb-thick metal snakes to the great unknown, to lay cables below our consciousness, to score lines into the hidden depths of landscapes we will never see.

And, talking of things we will never see.

The naming system we use for the clouds was defined by an amateur meteorologist called Luke Howard, in 1802. I read this in a book, The Gathering Cloud, by JR Carpenter.

The success of Howard’s system was the observation that clouds are subject to constant change. Cirrus. Cumulus. Nimbus. They dissolve into the air. They are defined less by what they are, than by what they will become. One minute, you are lying on your back tracing the crevices of the profile of an ancient face in the water of the sky. The next, everything you thought you saw has disappeared.

A cloud, then, is a story. And Howard’s nomenclature of the clouds is a willing and conspicuous fiction. It’s the same kind of fiction that sets out to measure the sea. It exists somewhere between our desire for knowledge and the knowledge that knowledge is always out of reach. 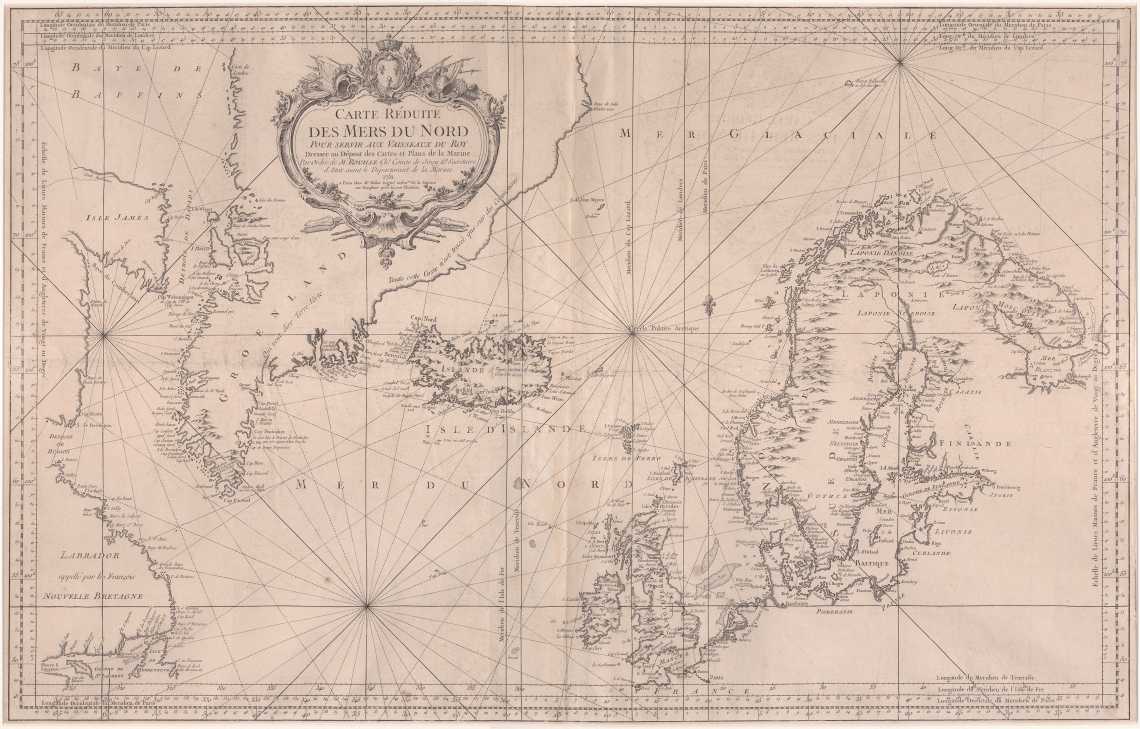 JR Carpenter describes how this fiction of the clouds now enables the fiction of The Cloud – our contemporary, immersive experience of computing, whereby all our data is accessible via the gentle caress of a slave made screen.  ‘Both kinds of clouds are commonly perceived to be infinite, both vast and immaterial;’ she writes, ‘both, decidedly, are not.’

Cloud computing is supported by a global network of massive server farms. The largest is over a million square feet. Here, packed as tightly as cargo in the hold of a galleon, computers hum and vibrate with the hot air of every photo, every video, every animated gif you share from your laptop to your phone. They are powered, by and large, by fossil fuels. And they are connected to the world, by and large, by underwater cables. ‘The reality’ says the academic Nicole Starosielski, ‘is that the cloud is actually under the ocean.’

‘The fibres subside to a horizontal’ writes Carpenter:

presenting the appearance of shoals of fish

distinctly extenuated towards the edge.

are successfully hiding in plain sight. 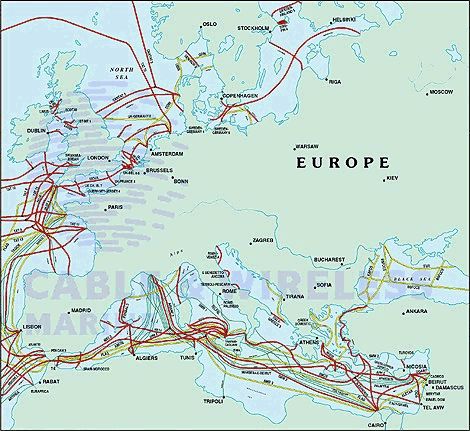 You say these things, and you know what you mean. Or sometimes you don’t. Sometimes you mean more than the metaphors allow. Sometimes you can’t speak beyond territory that they have mapped out.

In Florida a few weeks ago, the sea was sucked up by Hurricane Irma. Giant manatees were left stranded in acres of mud. I heard about this on the radio, shortly before I heard a spokesman from Exxon Mobil swim away from the scent of the blame. It’s perfectly true, he said, that man-made climate change is making Atlantic storms worse. And it’s perfectly true, he said, that fossil fuels cause man-made climate change. But there’s no way we can blame fossil fuel companies, he said, for this kind of thing. The blame lies with governments that invite them to thrive, he said. With people that buy oil rich goods, he said. With a world that will insist, he said, in so many words, on talking to istelf via luminescent data farms and dreams about the sky. The blame is so diffuse, it vanishes like water vapour into the unseen night.

500 years ago England had the wettest weather in living memory. In 1527 and 1528 harvests were ruined, famine was rife, whole villages went down with consumption. And the weather was not just extreme it was also noticed. I read about this in a book, Weatherland, by Alexandra Harris.

To look at most 16th century art and literature, writes Harris, ‘one would think this was a time of incessant storms, comets, frosts and lightning strikes.’ And further more, ‘interpretation … was hardly necessary.’

What she means is that, to a medieval sensibility, it was plain that the rains and the floods were an act of God. Henry VIII was in the process of anulling his 24 year long first marriage, a process that would force everyone in England to change religion. The weather was a divine punishment. This was a man-made disaster.

Is it a coincidence that our popular imagination no longer notices extreme weather events for longer than it takes to scroll away? One minute you are squelching through the mud of the Florida coastline, the cameraman’s feet caught in the wake of a dying manatee. The next, you are tweeting a joke about Ivanka Trump on your mineral rich personal device. You, who is surrounded by the sea. You, who sings of the sea in the habits of the everyday. You who pretends that your mp3 collection is not sustained in burning coal.

When the internet was invented it was awash with metaphors of the adventures of the sea. Surf the net. Keep a log. Navigate the data flows. But the further you go, the deeper you know that our sea-faring language has more to do with colonialism than with freedom. 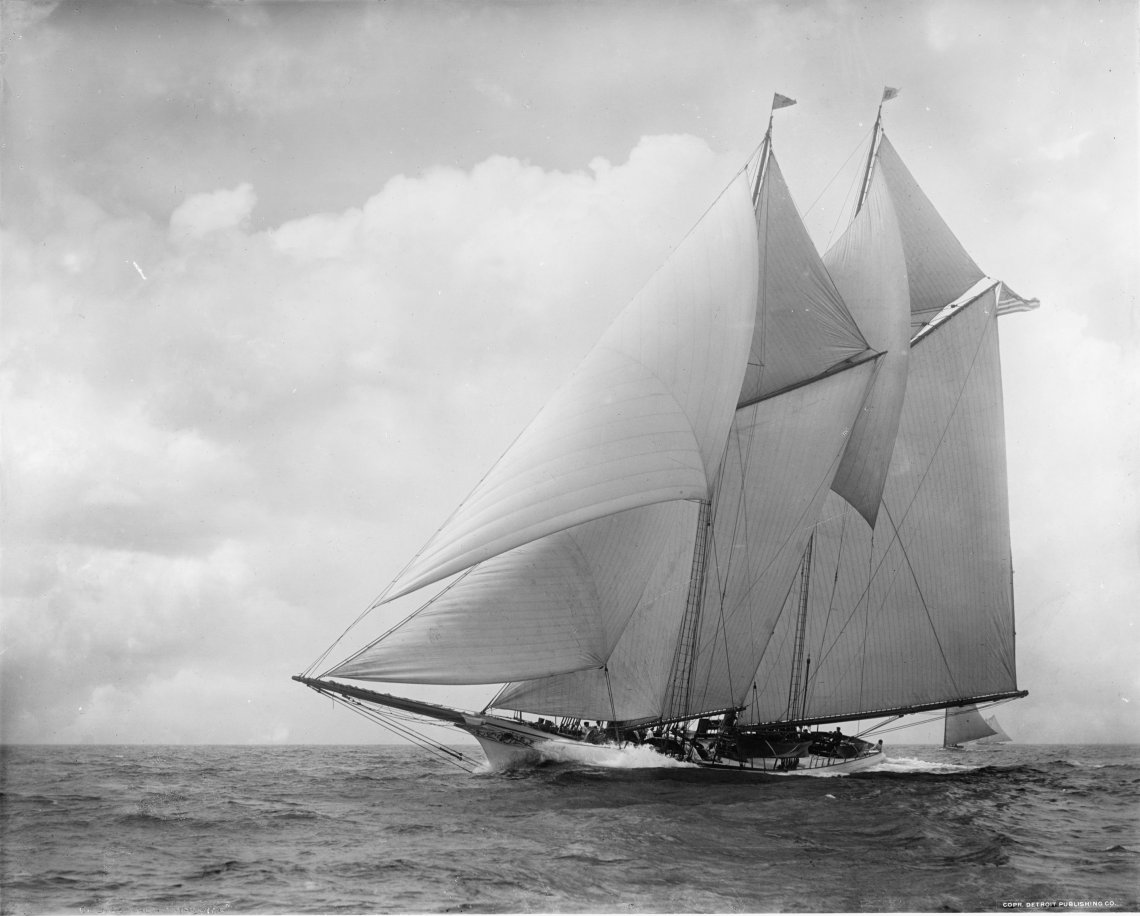 The tech giants, of course, share this philosophy. And it is the tech giant Amazon that popularized the term The Cloud, in order to hide the inevitable effects of the lines drawn under the ocean. The Cloud is a metaphor for the way we use the world, and it’s a cloak for the things we actually do.

100 years earlier, when the internet was unimaginable, Virginia Woolf was lamenting the waves of information being made up around the world.

‘And over everything,’ she said, ‘like a punctual, everlasting tide, washes the ancient sea of fiction.’

Mary Paterson is a writer and artist. She is one of the founding editors of Something Other. Mary presented a version of this text at Cry Me a River: Water as Metaphor as part of What’s the point of rivers anyway?, curated by Amy Sharrocks, on 16th September 2017 at Christchurch Meadows, Reading.