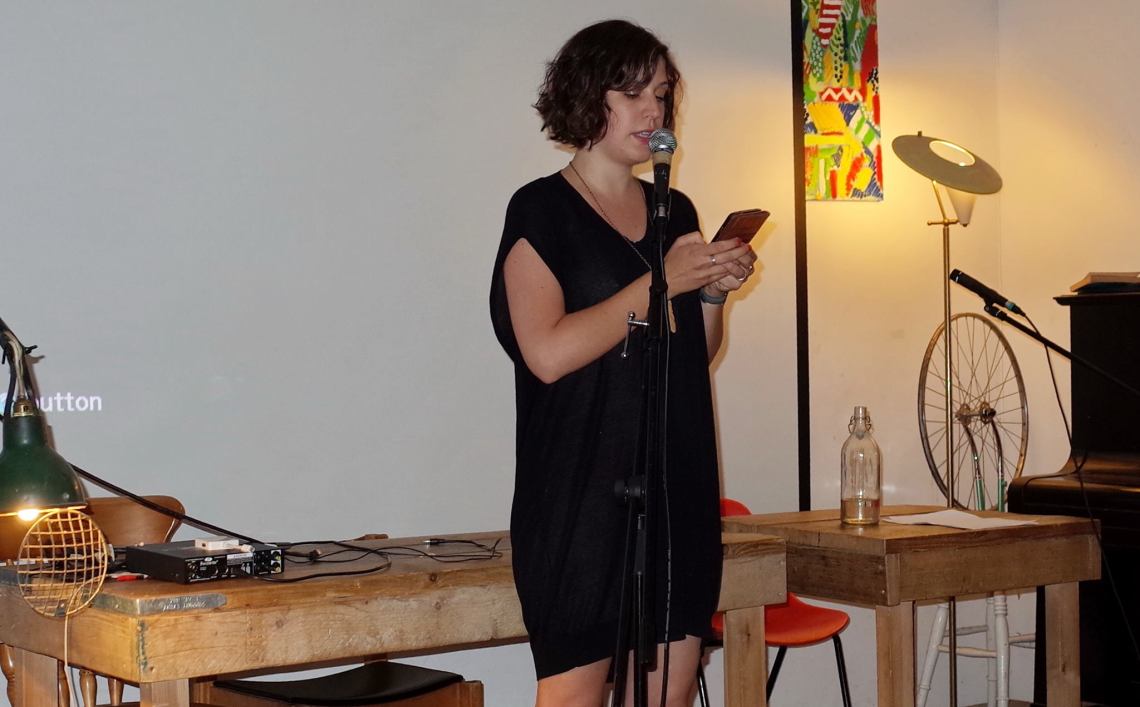 Is Theatre Really Dead? No

Is Theatre Really in Crisis? Spoiler Alert. No.

Theatre Criticism Is Too Male Dominated

Theatre Critics Losing their Job and Missing the Point

How Can Bloggers afford to go to the Theatre Evernight?

What is Live Art?

There are four types of Interrogative sentences:

Technically, Jérôme Bel is not a Live Artist. He is mostly filed under “choreographer” and “dance”; but, as we know, not all that much “dancing” or even *movement* necessarily happens in “dance” these days. And fair enough. That fight was won before I even turned up. And, apart from some residual cognitive dissonance at calling things-in-which-no-dancing-happens “dance”, I tend to think it’s a rather brilliant development. Not least because, well, there’s not as much to write about people moving around as there is to write about ideas.

Nevertheless, if writing about Live Art now focuses on individual experience and for the sake of this argument Bel is a live artist, what does the critic do when his experience of the piece is something like: mild pleasure; satisfaction; amusement; a sense of enjoying a simple idea executed well?

Jérôme Bel is most often referred to as a conceptual choreographer; the narrative is as follows: after studying contemporary dance and working with choreographers like Angelin Preljocaj and Regis Obadia, and after a gig as assistant director for the 1992 Winter Olympics, he decided to take some time off to do some reading. Barthes on authorship and Foucault on sexuality, perhaps.

So he came back to dance with more of an awareness of critical contexts to inform its language and history, and moved away from virtuosity and technicality, towards the body and its dramaturgical dimensions – the untrained, specialised, narrative body.  Choreography became, for Bel, a tool through which dance is conceptualized, probing at questions of authorship, or responsibility and artistic framing.

Whether he’s working with a soloist from the Paris Opera Ballet or with a bunch of schoolkids, Jérôme Bel has a unique talent for making people interesting. He can reveal a dancer’s personality through the most banal fragment of choreography. By some simple act of stage magic, he can conjure a world of human intimacy from the barest of means.

In Shirtology Jérôme Bel takes off t-shirts. He starts off wearing a thick wad of the things and one by one takes them off, pausing between each shirt so that we can admire its design. Once down to the last shirt, or skin, he goes and gets anotheset of t-shirts. Twice. This is almost the entirety of the show. It lasts around half an hour and is lovely, warm and droll. (My feelings that it was “lovely” and “warm” may proceed directly from the contrasting weather outside.)

This iteration of The Show Must Go On features disabled and able-bodied performers, dancing to a hit-list of pop songs, from Celine Dion to The Beatles. The technician- also the DJ- manually skips to the track on CDs downstage, joins in the dance and intervenes into the tone of the unfolding performance.  There are choreographic nuances to the tracks that foreground different relationships – overt empathy, nostalgia, individuality; there are in-jokes and moments of collective enthusiasm.

Twice or three times Mr Bel also dances. Actual straight-up dancing. A couple of times he reads the t-shirts out for us, because the writing is too small, or faded, and because it’s funny. His doleful French accent hilariously contrasting with the bright, energetic logos on the shirt.

In The Show Must Go On, which has been restaged for the disabled and able-bodied dancers of Candoco, plus additional guests, Bel creates that world from a playlist of classic hits. The 21 performers line up to the Beatles’ Come Together, and as they stare out at us, we look back at them: the slender, bearded man with his elegant tattoos; the one-legged woman on crutches; the delicate blonde using a wheelchair; the guy with the cosy beer belly.

I *think* *really serious* analysis of the piece by someone with a mind less sluggish than mine currently is might yield all sorts of richness, but equally, there’s every chance that such a display would simply be uncovering pre-existing riches of an already fertile mind, rather than anything intrinsic to the show itself.

The Unpacking: @erinbru and @cjobrubaker walk 700km from Pennsylvania to Ontario; when journey is over, they will unpack. #LiveArt

BadNews: I need to #flyer this weekend so #LiveArt will be postponed.

Text read by Diana Damian Martin, with appropriations from the author, Andrew Haydon and anonymous Twitter-ers