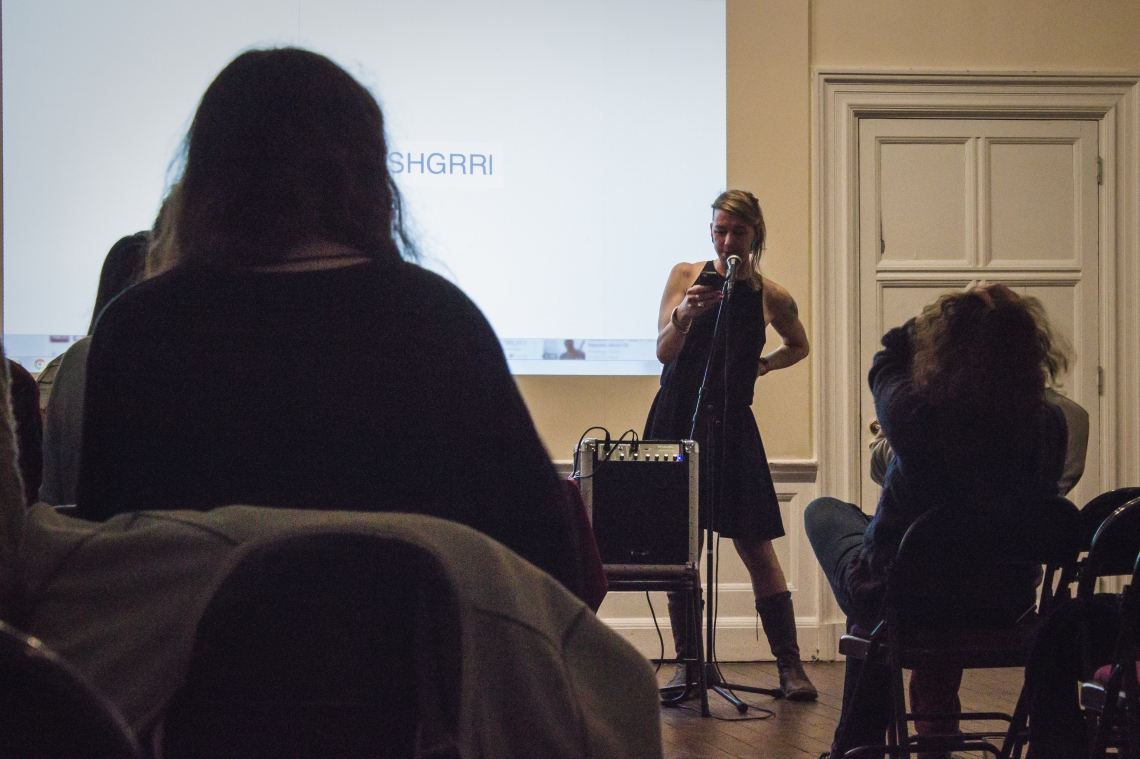 This is a pivotal time for transgender people – all over the world and of all persuasions. Trans folk are becoming more visible to the mainstream and more vocal and bolder in defence of our rights. To exist, to be seen and to define how we want to be for ourselves.

With the huge surge in interest in transgender identities and politics (coined as the “transgender tipping point” in 2014 by Time Magazine) this is a unique time where a community get to set the rules by which they will be valued and known. This is happening politically and I believe the same revolution should be offered in art. In the mainstream media, representations of transgender women still are largely sexualised or stereotypical depictions of hetero-normative women – you are accepted only if you conform to a white, heterosexual narrative.

The reality is far more varied, as is the way in which class and race intersect with the picture. It is problematic to present any trans narrative as dominant. But at present, there is a sense of social respectability being attainable and I think that is dangerous as it promotes a desire to talk about these things using an established vocabulary. Using language that already exists rather than writing new stories and sharing those.

In response therefore to the invitation to present something at Hear Me Roar, Reading the Internet I decide not to read a list of my recent google search terms:

WHAT ARE BAD ALMONDS?

but to instead read the entirety of @kiraarghy’s live tweeting of a viewing of the Danish Girl – a 2015 film which received vast mainstream approval (culminating in Oscar nominations and awards) but wide criticism in the transgender community.

Lilli Elbe, a 19th Century intersex trans woman. She was in a loving lesbian relationship with her partner Gerda Gottlieb. She had treatment for her gender dysphoria at the pioneering Hirschfeld institute. Unfortunately Lilli died due to medical malpractice. Due to destruction of the Hirschfeld instituted by the Nazi regime, there are very few records of Lili’s life and events.

In 2000, David Ebershoff Devided to take Lili’s life story and sensationalise it in the fiction novel ‘The Danish Girl’ (2000).

Fast-forwards to 2015 and Hollywood is looking for its next big Oscar winner starring a trans story after the critically successful ‘Boys Don’t Cry’ (1999) and ‘Dallas Buyers Club’ (2013). The choice was made to take the ‘The Danish Girl’ novel and turn it into a movie starring Eddie Redmayne and Alicia Vikander.

There was significant press coverage prior, and during filming but the PR team involved were very successful in getting positive reviews largely from cisgender (not trans media sources.) I got a chance to see a screening copy mainly for my own punishment. However as a child of the Internet, a bit tipsy and imbued with feminist anger at this film I decided to livetweet my critical and general reaction to the tropes, male and cis gaze within the film. The DonishGrrl was born.