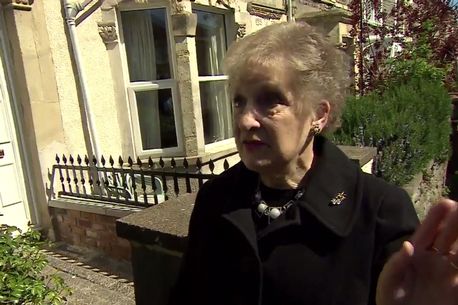 On Tuesday Theresa May announced a snap election to be held in six weeks’ time, and, in keeping with the natural order of things, the BBC had soon filmed a woman reacting to the news with a mixture of boredom, anger and despair. ‘Not another one?’ said Brenda from Bristol. And lo, a viral video was born.

Brenda from Bristol is the hero we all need in the face of a snap #generalelection https://t.co/Qm0G574T8A pic.twitter.com/VkC3fzfWnH

Such is the lifespan of the internet meme, that within hours of #BrendafromBristol trending above those other notable women in British politics – #TheresaMay and #NicolaSturgeon – articles were being written to cover the ‘news’ of Brenda as a social media sensation, to assess the morality of her opinions and reflect on her new life in the wake of fame.

The election, of course, is a distraction.  A clutch of Tory MPs were due to be tried for election fraud in the next few weeks. The trials, concerning overspending in the last election, would have triggered by-elections. And local by-elections tend to be fought on local issues, whereas national elections can be ridden on broad waves of feeling.

In the first context, the Tories might suffer a few losses. In the second context, they can capitalise on the electorate’s desire for stability. Like Brenda from Bristol, we all want an end to this feeling of constant churn and change. An end to the vague sense of unease that has been performed so effectively by the Tory Party, and from which May now presents herself as the saviour.

There are other things to be distracted from, too. Like the shambles of Brexit, a joke conducted by some old public school chums, now destined to be played out on a national scale by a badly rehearsed rep company. All around her, members of Theresa May’s supporting cast corpse onstage while the Prime Minister repeats her only line: Brexit means Brexit means Brexit means Brexit.

#BrendafromBristol performs with all the integrity the political system lacks, and this is why it feels good to retweet her gut reaction to the tyranny of the political class. It feels even better to let the story play out as an entire news cycle – from disruption, to fame, to settled conclusion. Here is a familiar story arc we all know so well.  To watch it is to know it. To be in the know. To be knowing. To feel like there are some things that your mind can still be in charge of.

I imagine this is how it feels to be Theresa May.

The historic collapse of the opposition, a bright speech writer with no apparent knowledge of May’s political record, a decent hair stylist, and a subtle association with Margaret Thatcher that plays well to her home crowd. This coincidence of events must surely make May feel like she’s in charge of history. In her position I, too, would receive this cluster of other people’s interpretations, pretend they meant I was clever, and use it all as an excuse to drag myself out of bed in the morning.

Sometimes it can be a challenge doing vox-pops. Other times, you meet #Brenda. Politicians, watch out! Coming up on #BBCNewsSix pic.twitter.com/vSew3l4vai

#TheresaMay and #BrendafromBristol are playing out on a social media platform near you. Pull up a chair and click your way through their comedy of errors. Feel good. Distract yourself. Mean nothing. Change nothing.  As in all comedies, the curtain will fall with a return to the status quo.